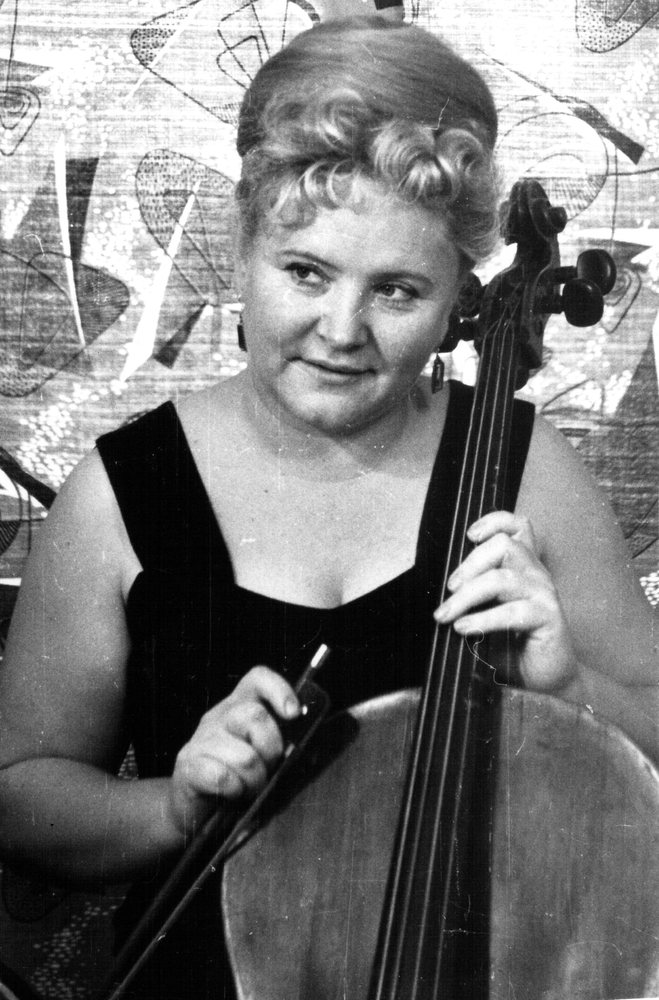 Graduated from the State Music Pedagogical Institute n.a. the Gnesins (at present the Gnesins’ Academy of Music) majoring in cello, where she was taught by professor S.M. Kozolupov.
She got the title of the “Honored Worker of Culture of the RSFSR”. She was a co-author of the program and selections of text-books for playing cello. She had been for many years at the head of the orchestra branch attached to the methodical office under the department of culture of the Moscow city Council.
The organization of violin, cello and double-bass competitions among the pupils of children’s music schools of Moscow was an important landmark in Irina’s pedagogic work. These musical competitions for children were the first ones in the country.
Such musical competitions were held in the White Hall of the Moscow State Conservatory n.a. P.I. Tchaikovsky and in the Concert Hall of Children’s music school named after V. Muradeli (school principal G.G. Shakhaldyan).
The outstanding musicians and professors of the Moscow Conservatory and the Moscow Gnesins’ Institute were in the competitions’ jury: M.L. Rostropovich, Y.I. Yankelevich, G.S. Kozolupova, M.N. Terian, S.Z. Aslamazyan, V.K. Tonkha, A.I. Astakhov (double bass), S.T. Kal'yanov (assistant of M.L. Rostropovich) E.A. Chugaeva (assistant of Y. I.Yankelevich ) and others.
A joint performance of M.L. Rostropovich and the cello ensemble of all competition’s participants (ensemble leader I.K. Mortensen) was a great gift to the children.
Irina Ivanovna Kuus had been an artistic leader of the united violin and cello ensemble of children’s music schools of Moscow for many years. This ensemble appeared on the most important stages of the capital.
She had been repeatedly a member of the delegation of Russia at the International conferences of ISME (International Society for Music Education).